20 Facts about Texting and Driving It should be common knowledge by now that texting and driving is extremely dangerous. In fact, it’s fatal. If you thought teenagers driving drunk was dangerous and fatal, wait until you check out the facts about texting and driving below. Chances are, you’ll be appalled at the statistics. There’s a reason states such as New York have banned phones to be used at all while driving (unless through Bluetooth)—these distracting devices are totally deadly!

Maybe you need to know some of these statistics for your driver’s ed course. Maybe you’re just curious. Or maybe you’re trying to prove a point. Whatever your reason for wanting to see texting and driving facts, we are happy to provide these sobering statistics if it means saving even just one life.

These Facts about Texting and Driving Will Shock You

There is no doubt that texting while driving extremely dangerous, and hopefully these facts about texting and driving helped drive that point home. Car crashes have been a leading cause of death from 1981 to 2011. To avoid becoming a number on a fact sheet, stay vigilant with practicing safe driving. If you need to rectify a ticket or court order for texting and driving, consider signing up with one of the best online traffic schools. 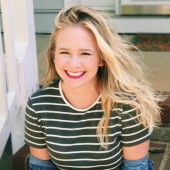